Celsius Tennis Academy trains and hosts events at Bath and Racquet in Sarasota, FL including both USTA and UTR junior tennis tournaments. We are not affiliated with the Sarasota Bath and Racquet Club and have no management or membership role.

Recently two international players from Puerto Rico who were in town for a tournament became engaged in an altercation with a member of the club. Inappropriate remarks were exchanged.

The boys grabbed some video of a portion of the incident and posted it. The video was then shared on Twitter where Celsius was incorrectly accused of ejecting the boys from the club. Celsius supported the decision of Bath and Racquet to eject the club member, Martin Hyde from the facility.

Accusing Celsius Tennis Academy as racist in any way is ludicrous. As a competitive tennis academy, we fully embrace the international nature of tennis and have athletes and coaches from all over the world at our facility including Central and South America, Eastern and Western Europe, The Caribbean, India, Asia, China and beyond. Should you wish to see our true colors, simply peruse our site for a decade of posts, photos and information on our program.

While we attempted to respond to many comments in the aftermath of the incident, most did not want to hear that Celsius had no involvement in the incident and some even requested money in exchange not spreading false or disparaging comments about our tennis academy. This is unfortunate and is also a good reminder that there are many sides to a story and it is important to read below the headline so you have all the facts prior to commenting.

Here is a link some articles with more detail and different perspective of the event:

Sarasota City Commission candidate Martin Hyde appears to have been banned from Sarasota’s Bath & Racquet Club after a confrontation with some young Puerto Rican tennis players who allege Hyde made a racist comment.
Hyde adamantly denies that he made the comment or did anything racist but said he plans to withdraw from the commission race because of the attention surrounding the incident.

“I didn’t say anything that’s racist,” Hyde said in an interview with the Herald-Tribune, adding: “There’s absolutely no evidence or truth whatsoever.”

The allegation stems from a confrontation last Tuesday at the club that gained attention late Friday when a video showing someone, or multiple people, confronting Hyde about the alleged comment was posted on Twitter. The person filming the video is a 15-year-old Puerto Rican junior tennis player, according to his uncle Javier Irizarry.

“That’s racism, man; how can you say something like that? Aren’t you human?” the young tennis player tells Hyde.
“This is a private club; get out,” Hyde responds.

Hyde then tries to have the person recording the video kicked out of the club in a rolling argument that moves from the tennis courts to inside the club. Somebody again accuses Hyde of racism.

“You’re telling me to cut grass because I’m a Hispanic,” a person on the video says.
Hyde first denies on the video that he made the “cut the grass” comment.

“You said! You said cut some grass, man,” is the response from someone on the video, or possibly multiple people.
“Yes, so what?” Hyde responds.

Hyde told the Herald-Tribune that his “Yes, so what?” statement was not an acknowledgment that he made the “cut the grass” comment, but was in response to another allegation.

“I was replying to a previous comment,” about being rude, Hyde said.
But Irizarry doesn’t believe him.

“Check the video,” Irizarry said, adding: “He’s admitted to it.”

The website Latino Rebels, which reported on the incident Friday, spoke with Bath & Racquet Club manager Michael Brandon, who said Hyde was banned from the club.

“I am super disturbed at seeing that video,” Brandon told Latino Rebels. “I was actually the coach that was on the court. I knew that there was some type of incident but had no idea to what degree this actually went down. After watching the video, the member is going to be removed this afternoon, so I’m going to be notifying him that he’s no longer a member of the club. Bath and Racquet definitely or any of the staff here does not stand for racism whatsoever or any type of actions like that at all, especially toward children or obviously anyone. He will be removed from the club this afternoon, and thank you for reaching out. We’re so sorry that happened, but we have rectified the situation.”

Asked if he had been kicked out of the club, Hyde said Brandon is “a young man, he pressed the panic button. I understand that. Bath and Racquet’s got enough problems of it’s own.”

Pressed on whether he was banned from the club, Hyde said: “You need to address that question with the club.”
Somebody who answered the phone at the club Saturday said she was told to say “no comment” to questions about the incident.

Hyde said the incident began Tuesday when his son and his son’s friend were having a lesson at the club. He said a handful of young tennis players near the court where the lesson was taking place were being loud.

The tennis instructor told the players to be quiet, Hyde said. When they did not quiet down, Hyde said: “I came over and said ‘He asked you nicely, and I’m telling you now to shut the hell up.’ That was the extent of it.” “Look, I was rude and, yeah, it’s not appropriate,” Hyde said, but he insists he did nothing racist.

The video of the tennis player accusing Hyde of the racist comment was posted on Twitter by Alvin Couto de Jesus, an attorney who got the video from Irizarry.

An attorney in Wisconsin, Irizzary said he waited to share the video until his nephew was home in Puerto Rico.
Irizarry’s nephew was invited to play in the Casely International Championship, which was being hosted by Bath & Racquet Club.

Cary Cohenour, the director of Celsius Tennis Academy, said that a group of kids participating in the Casely International Championships were receiving lessons at the club when the incident occurred.

Cohenour confirmed that Hyde is banned from the club.

Irizarry said in an interview with the Herald-Tribune that his nephew was speaking in Spanish with another Puerto Rican tennis player when Hyde began yelling at them. At first Hyde just told them to shut up, Irizarry said.
“My nephew asked him why so he got a little bit mad and mentioned he shouldn’t be playing tennis and should be cutting the grass,” Irizarry said.

The other player told Irizarry that Hyde also said “It wasn’t the place to speak Spanish.”
Irizarry said his nephew has never encountered racism before and was shocked by the incident.
“We wanted just an apology,” Irizarry said.

Hyde is a wealthy businessman and prominent Sarasota Republican who ran for the Sarasota City Commission in 2017 and lost.

Hyde has remained active in local politics and recently filed to run for the District 2 Sarasota City Commission seat, which is held by Commissioner Liz Alpert.

Hyde said he has been getting death threats since the incident. Known for being brash and outspoken, he choked up when talking about being branded a racist on the internet.
“It takes a lot to upset me,” he said.

Hyde later emailed a statement to the Herald-Tribune saying he is withdrawing from the commission race.
“It’s with great regret that I’m announcing my withdrawal from the election process for the Sarasota City Commission in 2020,” Hyde wrote.

“I hold myself to a higher standard though than engaging with noisy teenagers in public places, and it for this failing and this alone that I’ve decided to stand down from public life,” he added.

Hyde repeated that he is “not a racist” and wrote that “I strongly resent the false assertion that I am based as it is on an at best inconclusive cellphone video.”

“A part of me thinks I should stay on and fight to clear my name in the face of falsehoods, but I believe that if I did the scrutiny and defamation would simply increase and that wouldn’t be fair to those close to me that I care about,” Hyde’s statement continues. “I’d like to thank those that have shown steadfast support for me in recent years despite the negativity. At this stage I’m doing more harm to my causes than good by hanging on. Therefore I’m going to walk away and ask only that the media respects my privacy going forward.” 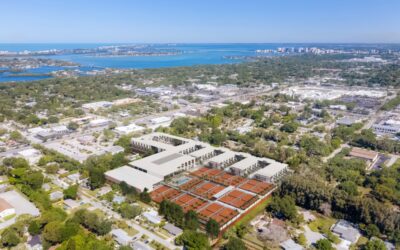 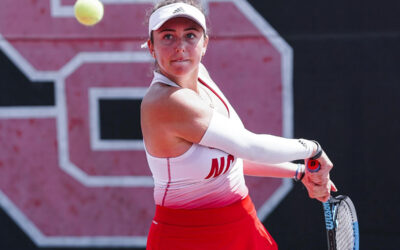 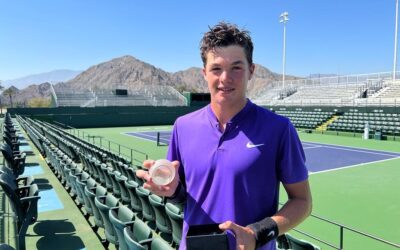