Three is better than one

In a previous article we talked about the importance of physical conditioning for junior tennis players because we feel that it is so often overlooked as an important part of a balanced tennis training program. So we’ll continue to talk about various aspects of a balanced conditioning program, but first we should probably talk about where that fits on to an overall balanced junior tennis program.

I think of successful tennis in three parts or dimensions. First you have a (1) technical dimension, (2) physical dimension and third (3) mental dimension. Every one of these is important to be successful in tennis and if you look, each top player both junior and adult has a good balance all three and usually excels at one and has a goal for improving the other two. No one of these dimensions should have to carry the entire load or something is eventually going to wear out.

We strive for our training at Celsius to address each of these three-dimensions because:

1. You have to have the fundamental strokes to compete and to win. These strokes grow and develop with your body and your age.

2. Physical ability is required to play great for the entire duration of not just a match but an entire tournament. Solid strength and conditioning also are key to preventing injury because we know you can’t play nor improve if you are always nursing an injury. 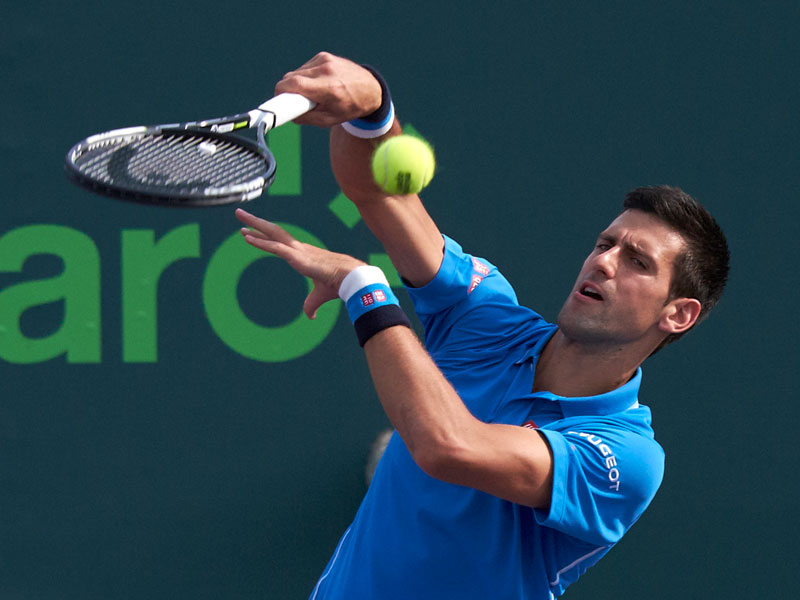 Novak Djokovic is the current dominant player in men’s tennis because he has the greatest balance technique, physical ability and mental conditioning in the game.

A good example to illustrate this are the current men’s ATP rankings at the time of this post. Djokovic, Murray, Federer, Wawrinka and Nadal round out the top 5 and probably represent an accurate sample of having the best balance of the three dimensions for sure. No one dimension is drastically stronger than another.

When you look at the next 5 players, even though they can challenge the top 5 on any given day their games are not as balanced. A good example is #6 David Ferrer. The Spaniards dominant dimension is his physical dimension to outlast his opponent combined with his mental toughness to simply stay out there each and every point as long as it takes. Amazing how someone in today’s game of tennis can rise to the elite few without a dominant weapon. #8 Thomas Berdych has big weapons, like his serve and forehand. So his dominant dimension are his fundamental strokes. Same with #9 Jo-Wilfried Tsonga, who combines dimension #1 great technique with dimension #2 incredible athleticism. Many believe if he just improved his mental dimension he could be top 5.

Usually we see the biggest breakthroughs from our Celsius athletes occur is when an under utilized dimension in their game becomes stronger to help balance their game and not simply a big improvement in their dominant tennis dimension.

Therefore you need to work continuously on all of these dimensions if you are serious about becoming a great player. Most athletes and parents for that matter want to focus on the first dimension the most but soon discover that the keys to success are a more balanced approach by adding physical conditioning, and tennis IQ drills to their game.